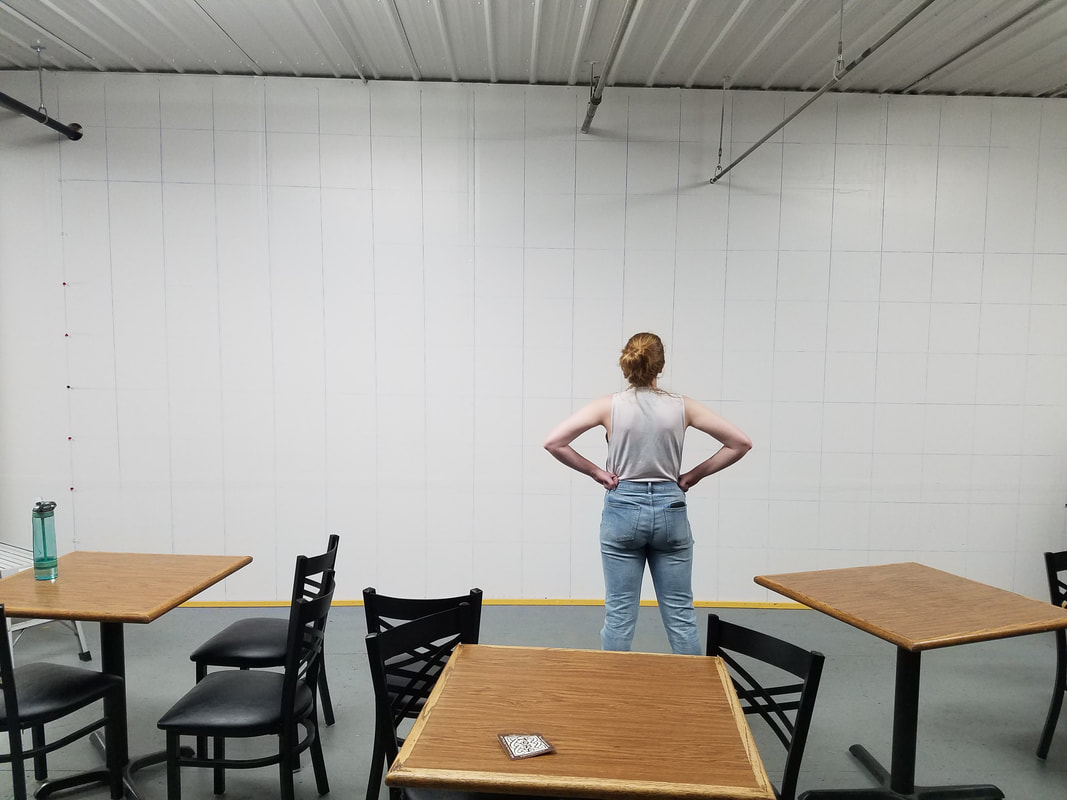 The Story of Our Mural

We have challenged our resident artist, Samantha Torgersen, SNT Designs, to bring to life her colorful logo on our dart deck wall.  Beginning in July 2019, Samantha hopes to fill the 20X10 foot white expanse with fanciful visions of lager trolls and ale gnomes before the sun sets on August.  To her is the journey; our task, merely to chronicle the path.
Lager Trolls
Large, brutish looking creatures in appearance, they have lost the ill-mannered antics of their forest and mountain-dwelling cousins of the past and tend to live quiet, domestic lives.  Their natual patience and leisurely approach to labor, as well as their cool abode in secreted caverns and darkest of forest glens, have led them to be excellent crafters of the clearest and most flavorful lagers. 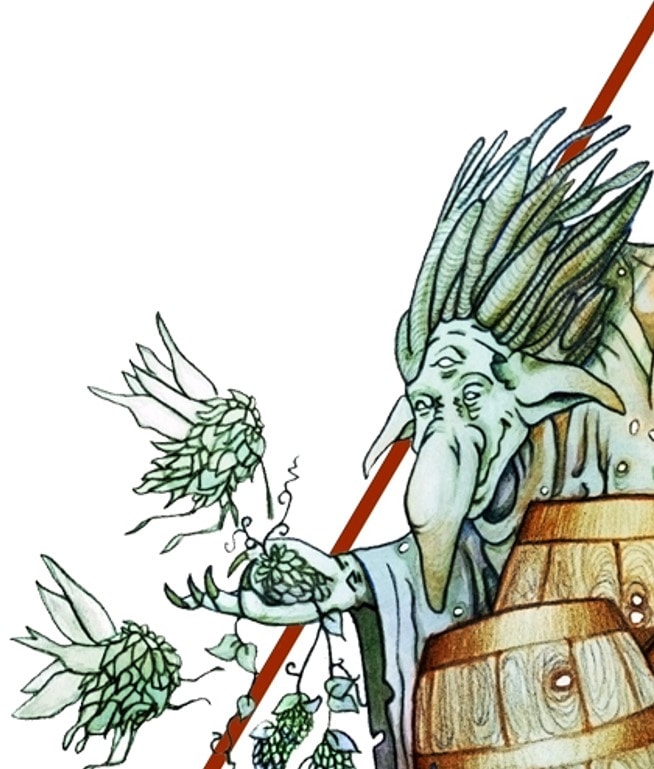 So it happened long ago, when troll and fairy-folk, gnome and selkie, still made themselves known to people, that a woman stood in her doorway enjoying the warm glow of the midsummer’s moon when a troll with a peaked hump and barbed nose lumbered into view.  Hailing the women, she said, “My sonn-bare is to be married to his Kjaereste-bare; if you would be so kind as to lend us a cask of beer for our celebrations, you shall have it back as good and as strong by the next full moon.”  The woman consented and led the matron troll to her brewhouse where the troll selected the largest cask, placed it in the crook of her arm, and lumbered back out of view.  When a fortnight had passed, the troll appeared again bearing a cask upon her hump.  As the woman’s children chased glow worms in the twilight, the two women sampled the brew together, and, as promised, it was as good and as strong as the brew that had been offered.  And from that day forth, the woman, her daughters, and granddaughters were known as brewers of fine quality and prosperity prevailed in their households.
Samantha has also graced the doors to our deck with her artwork.  Stop in soon before Minnestota's fleeting summer has passed and pass through our glen to enjoy the sunshine and a pint of Rambling Lady IPA.